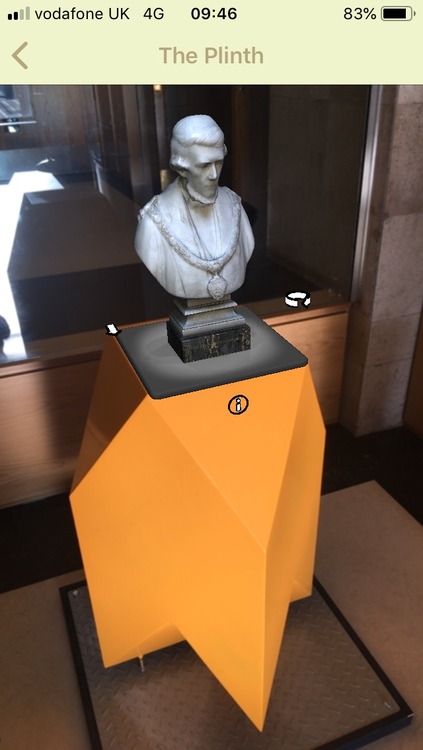 The CityVerve Manchester Plinth project addresses the themes below:

4. The Industrial Internet of Things (IIoT) and connectivity
5. Virtual reality and augmented reality

2. The Manchester plinth emerged from an All School Project undertaken in September 2016 by Manchester School of Architecture with 750 academics, post graduate and undergraduate students. The project moved from a 1 week long wide ranging (49 proposals) scoping exercise towards delivery of a single proposal undertaken by an interdisciplinary team.

The Manchester Plinth was identified as suitable for realisation through a 10 week analysis and design workshop between October and December 2016 with 3 academics and 16 postgraduate students.

The project has had over 1000 proof of concept engagements in Manchester, London, other UK sites, Istanbul and been presented in the USA and Australia to governmental, cultural, technical and academic audiences.

3. Developing the project further is currently under discussion with cultural and commercial organisations, including Manchester City Council and the Arts Council England.