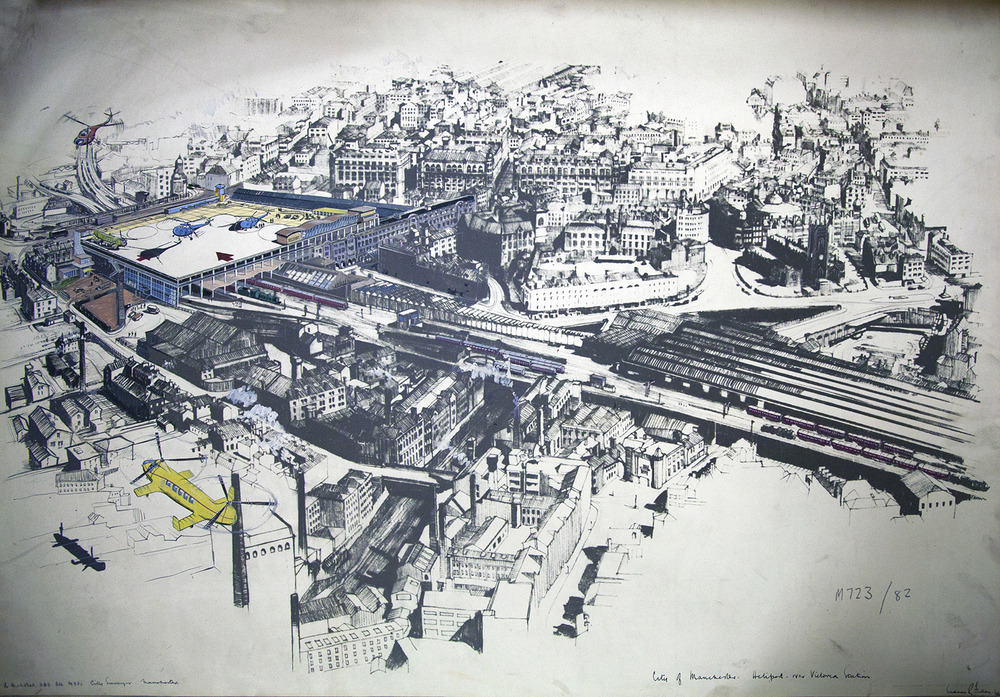 Infra_MANC was a collaborative project with Dr. Martin Dodge, Senior Lecturer in Geography, University of Manchester. The aim of the research was to explore the available archive material in various collections across the region to create an exhibition, to forge networks and to publicise the museums and collections with which we were engaged. To research the materiality and technicality of infrastructure is relatively uncommon in the social sciences. It is also unusual to focus upon infrastructure that never came to be and technical systems that remained paper projects. These two specific lenses offer a fresh approach to analysing frameworks of governance and finance and the regional and national networks of the post-war decades; specifically, the dreams, ambitions and realities concomitant with societal changes between the early 1950s and the mid 1970s. Extensive archival research, correspondence, interviews and site visits formed the foundation for a series of texts. An illustrated chapter was produced for each of the four subjects: the Mancunian Way, the never realised Picc-Vic railway tunnel, the Guardian telephone exchange and dreams of a city centre heliport. This was the first time academic enquiry had been directed at these particular projects. The exhibition was composed of artefacts from the collections of the County Record Office, the Museum of Tranpsort, John Rylands Library and private individuals. Many of which were on public display for the first time and were previously uncatalogued items within the collections from which they were retrieved. The research was funded by small departmental grants (MIRIAD £1000, SED £300) and was a central component of the Manchester Histories Festival 2012. Professor Richard Brook Professor of Architecture & Urbanism View profile
Apply
Visit us
Follow us
We use cookies on this site to enhance your user experience. By clicking the Accept button, you agree to us doing so.
Accept