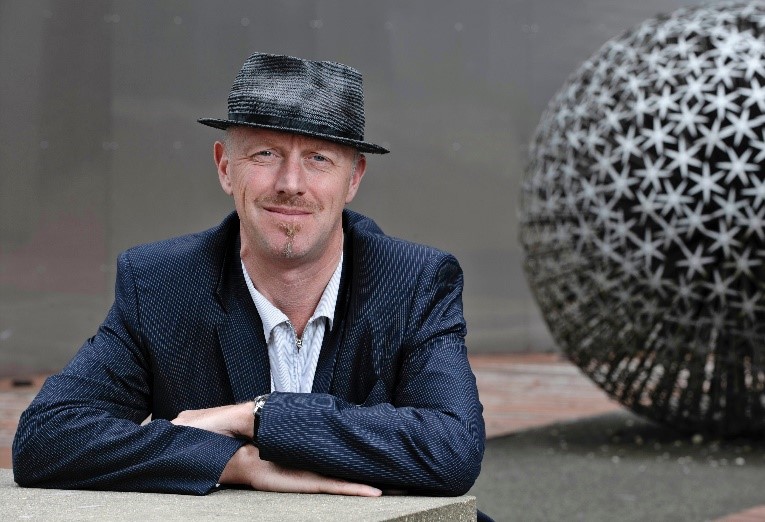 ­­­­­­­­­­­­­­­­­­­­­­­­Tom Bloxham MBE, co-founder and Chairman of award-winning regeneration company Urban Splash, is to join Manchester School of Architecture as a Visiting Professor of Urban Regeneration.

Speaking of the appointment, Professor Kevin Singh, Head of Manchester School of Architecture said: “I’m delighted that Tom Bloxham is joining us as Visiting Professor of Urban Regeneration to complement our existing team of Visiting Professors in the School. Tom needs little introduction due to the incredible success of Urban Splash in both promoting quality architecture and design but also their role in the regeneration of East Manchester and elsewhere.”

“Tom will bring a fascinating perspective of development and regeneration to our students across a range of programmes. We are very excited to see the contribution he will make to our already world-class School of Architecture.”

Bloxham was awarded an MBE in 1999 for Services to Architecture and Urban Regeneration, and currently holds a number of positions including Chairman of Manchester International Festival, the Manchester United Foundation and the Bloxham Charitable Trust. Bloxham also holds honorary doctorates and fellowships from the Universities of Manchester, Plymouth, Bristol UWE, Cumbria, LJM and Oxford Brookes.

Since its establishment in 1993, Urban Splash has worked on a variety of regeneration projects across the country, including Sheffield’s Park Hill, New Islington in Manchester and Birmingham’s iconic Rotunda building. To date, the company has received over 400 awards for excellence in architecture, design, and business success.

Bloxham’s appointment follows that of other renowned industry figures to Manchester School of Architecture, including Mina Hasman of SOM, structural engineer Les Postawa, alumna and lecturer Dr Harriet Harriss and architect Paul Williams OBE, amongst others.

POSTED ON 15 December 2022
Apply
Visit us
Follow us
We use cookies on this site to enhance your user experience. By clicking the Accept button, you agree to us doing so.
Accept