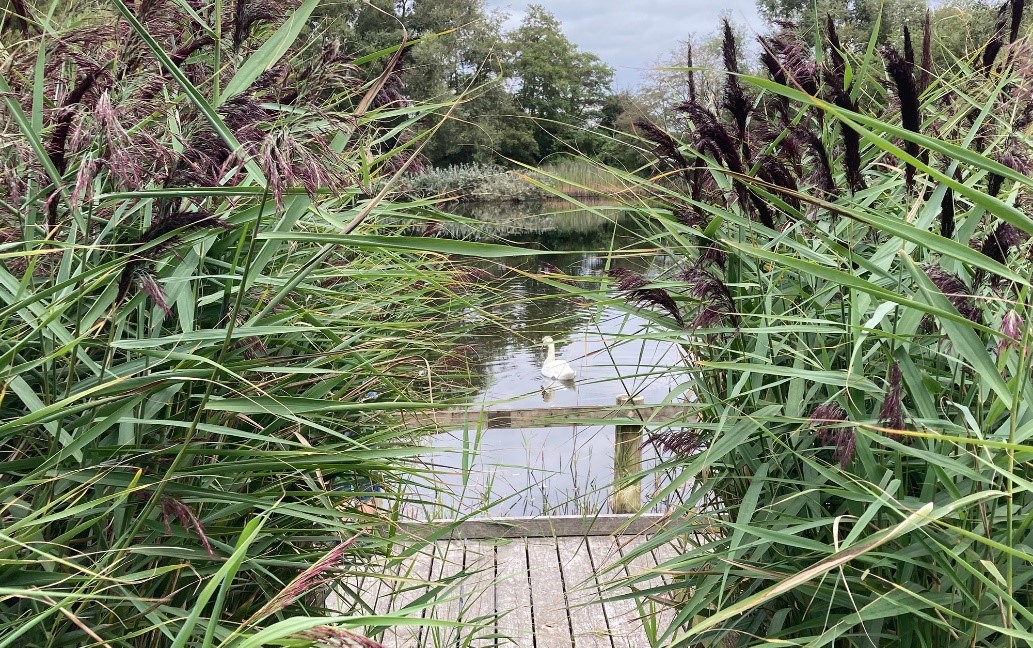 Reader in Architecture Dr Luca Csepely-Knorr has been awarded a Research, Development and Engagement Fellowship from the Arts and Humanities Research Council (AHRC) for her project 'Women of the Welfare Landscape'.

The £250,000 project will be exploring the 'unseen, but indispensable' contributions of female designers to the British welfare state, with a particular focus on the pivotal work of Brenda Colvin (1897-1981), and her practice Colvin and Moggridge. Born in India and educated at Swanley Horticultural College, Colvin, in addition to being a founding member and first female president of the Landscape Institute (LI) and founding member of the International Federation of Landscape Architects (IFLA), was a designer, educator, writer and campaigner for the professionalisation of landscape architecture. The project will coincide with the 100th anniversary of the founding of Colvin and Moggridge, Britain’s longest-running practice.

With the goal of challenging existing approaches to landscape history, the project will shift attention from individual designers and key projects to networks of professionals, and how their work as educators, campaigners and advocates influenced the philosophy of planning in the British welfare state.

“I am delighted that my proposal ‘Women of the Welfare Landscape’ was recommended for funding by the Arts and Humanities Research Council”, said Dr Csepely-Knorr. “I am grateful for the support of the project’s collaborators and am looking forward to working closely with them to co-produce a series of public-facing and academic outputs to commemorate and celebrate the work of Brenda Colvin and many other - often not seen - eminent women who have had major impact on shaping the landscapes of Britain since the Second World War.

As part of the project, a series of accessible public events will aim to create a more nuanced understanding of Colvin, her practice and legacy. The events will also explore the changing profession of landscape architecture, current debates on accessibility, and the role of landscapes and open spaces as highlighted by the climate crisis and the COVID-19 pandemic.

Faculty Head of Research and Knowledge Exchange Professor Berthold Schoene adds that “AHRC Fellowships are highly competitive and prestigious awards, and as a faculty we are enormously proud to host such an award in the Manchester School of Architecture. Heritage Studies is an increasingly prominent area of specialist research expertise in the university, and Luca’s fellowship will help to consolidate and expand our role as an international leader in this field. Her particular focus on post-war landscape architecture, and the role women played in it, also makes a significant contribution to current debates on the accessibility of green spaces as highlighted by the COVID19 pandemic and the climate crisis.”

“Luca’s project promises to generate significant impact by drawing on the methodological principles of collaboration and co-production. Her project will consolidate partnerships with a whole range of external bodies, including other HE institutions, the cultural sector, as well as a selection of professional associations and educational charities.”

“Dr Luca Csepely-Knorr cannot be commended highly enough for her vision and exemplary ambition. Her work will transform our understanding not only of post-war landscape architecture but also of its ongoing impact on how we imagine and utilise our built environment now.”

The AHRC Research, Development and Engagement Fellowships award early-career researchers who carry out high-quality research with the potential to generate a ‘significant impact on their discipline’. ‘Women of the Welfare Landscape’ will foster collaboration both nationally and internationally, between disciplines, academics and institutions including the Landscape Institute, The Museum of English Rural Life, and University of Copenhagen’s Women in Danish Architecture project, among others. The project will also implement emerging methods from social sciences and regional history, such as GIS mapping and social network analysis to open new avenues for research and advance the field of landscape architecture history.

POSTED ON 3 February 2022
Apply
Visit us
Follow us
We use cookies on this site to enhance your user experience. By clicking the Accept button, you agree to us doing so.
Accept